Homeopathy and the Treatment of Flus

A Spotlight on Homeopathy

Homeopathy and the Treatment of Genital Warts 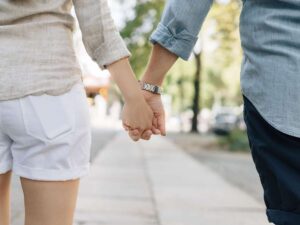 Homeopathy and the Treatment of Genital Warts by Deborah Olenev CCH RSHom (N A) Written on February 10, 2010

Recently a young woman whom I had treated for several years with homeopathy for recurrent sore throats and a weak constitution was very distraught because she had been exposed by her previous boyfriend to genital warts.  She was upset for multiple reasons: 1) the feeling that her previous boyfriend had betrayed her by not telling her he had the condition, 2) the guilt she felt for exposing her current boyfriend to the condition, as he was also beginning to show symptoms, 3) she wanted to be a mother one day and was very frightened at the prospect of passing this genetic taint onto her children and causing them health problems, 4) her mother was putting pressure on her to have the warts burned off, believing that this was the only effective way to get rid of the problem, and 5) the shame she felt about the condition and not wanting it exposed.

By the time this young woman, whom I will call Sally, consulted me about this new problem, she had already begun the painful procedure of having the warts burned off.  Homeopathic theory feels that this is not the best treatment for the warts, because it does not address the condition underlying their appearance, but only takes away the surface manifestation.  The inner disease could now continue to develop at a potentially even faster rate, because there would now be no outward evidence of its presence, and no way to monitor its progress since the external eruption was being interfered with.  In homeopathic parlance, the primary state of the disease or the warts, was being suppressed, while the inner disease or secondary state was left on its own to continue to develop unmonitored.

Sally and her mother did not understand that taking away the warts through external measures was not “curing” the disease, nor was it limiting the contagiousness of the condition.  If the warts were left alone and not interfered with by suppressive measures, Sally could pass the warts (or the primary state of the disease) onto her sexual partners.  On the other hand, if the warts were removed by external means, then Sally could pass the disease onto her partners in its deeper form, and they could then potentially develop symptoms characteristic of the sycotic or gonorrhea miasm.  Offspring would also very likely display symptoms of this miasm, which I will talk about later on in the article.

In order to help Sally I had to educate her about the homeopathic approach to the treatment of genital warts, and also take her case.  This meant reviewing her symptoms carefully in order to find a remedy that addressed not just this disease, but who she was as a person.

In homeopathy we do not treat people based on just the diagnosis they are given, but on their whole symptom picture, discovered after taking the thorough homeopathic case.   The genital warts will be one of many symptoms that need to be considered in selecting the remedy for the young girl.   Here is her case:

Case of Sally, a Young Woman with Genital Warts

I have already described some of Sally’s emotional symptoms, namely anger at her previous boyfriend for lying to her about the state of his health, concern about her relationship with her current boyfriend, a fear of having babies because of the STD, and shame that her condition had been exposed.

Some of the symptoms or characteristics that helped me find the remedy that helped Sally get rid of the warts were:

2) a craving for oranges and other citrus fruits

3) a craving for fruit juices

Sally had taken a dose of Thuja on her own prior to seeing me.  Thuja is a very well-known remedy in homeopathy  that can help with warts, and is one of twelve remedies listed in Dr. Robin Murphy’s Homeopathic Medical Repertory for genital warts, but this remedy did not help her.

The remedy I prescribed Sally was Medorrhinum in high potency.  The remedy worked so quickly that I was even astonished at the speed at which the warts disappeared.

The sequence of events was:  a month into the treatment a lot more warts erupted, some of the ones that were there got bigger, another eight went away.  After another two to three weeks all of these warts disappeared.  The last remaining wart was one that had been burned off, which reappeared in the same spot after the homeopathic remedy, and was now on its way out.

The improvement in her health went far beyond the disappearance of the warts.  Her energy level improved significantly and she was feeling healthy and overjoyed at the disappearance of the warts.    Circumstances in her life also started to improve.   She found a job and with it many of her financial fears resolved.  She had been very unhappy with where she and her boyfriend were living, and now they found a house in an area they loved.  She had  convinced her boyfriend to seek homeopathic treatment, so that both of them could start their new life together on a healthier footing.  She  also resolved to give up marijuana and was following through on this.  Needless to say, Sally was no longer the distraught young woman I had seen a few months earlier.  The problems she sought homeopathic treatment for had resolved and she felt much stronger and more confident in herself.

The Sycotic or Gonorrhea Miasm

The founder of homeopathy, Dr. Samuel Hahnemann, believed that there were three primary diseases from which all other diseases stem.  These three are the psoric or itch miasm, the sycotic or gonorrhea miasm and the syphilitic miasm.  Genital warts are a symptom of the gonorrhea miasm.   He believed that the myriad combinations of these three diseases created all other diseases.  For example the combination of psora with syphilis created Tuberculosis, and the combination of all three miasms created what he termed trimiasmatic diseases.  Some of the trimiasmatic disease are cancer, asthma, arthritis, eczema and others.

I want to tell you a little bit about the sycotic miasm here, because genital warts are characteristic of the sycotic or gonorrhea miasm, and to show you that simply removing the warts by external means does not address the far deeper changes in the individual, which can continue to develop once the warts are removed through external means.   Treating with the indicated homeopathic remedy can eradicate the entire condition, and protect the offspring from this highly damagaing miasm.  On an aside note, this miasm can also be created by the smallpox vaccine, which produces symptoms mimicking this miasm.  The smallpox vaccines that many of us or our parents received may be one of the methods by which so many people in the population acquired sycotic symptoms.

Some of the main characteristics of the sycotic miasm are:

— Excesses on all planes, mental, emotional and physical.

— A tendency to overgrowth of tissue, such as what we have in warty growths, and in cancer, and in arthritic swelling of joints.

–A tendency to overproduction of anything, as in excessive mucous secretions, and other discharges, excessive hair growth on unwanted places.

–The sycotic miasm tends to affect the generative organs, the kidneys and bladder.  Cystitis, Urethritis and Prostatitis are types of conditions in this miasm.  Hormonal imbalances are a hallmark of this miasm.

–On the emotional plane we have extremes of behavior and mood.  There is a tendency to be secretive and closed, suspicious and distrustful.

–Promiscuity, problems of sexual identity, and seductive behavior are characteristic.

–The miasm is characterised by intense fears, panicky feelings, fear of being alone, and anticipatory anxiety.

–It has all kinds of obsessions, such as obsession with appearance.

–Manipulative behaviors.  Children will manipulate to avoid being controlled by their parents.

–Extremes of sympathy or cruelty.  They can be either loving or cruel to animals.

–They tend to feel better at night, and will call themselves night owls.  Even small children can stay up till 1 a.m. with no problem.

–They often also have an amelioration of their symptoms by the seashore.

–On the mental plane there are learning difficulties.  Problems with concentration, mental confusion, mental dullness and poor memory.

–A feeling that he is too weak to meet the challenges he has to face, and a need to cover up that weakness, so that others will not see it.

–This miasm can also create a predisposition to cancer, because of the tendency to overgrowth of tissue.

The beauty of homeopathy is that it does not suppress symptoms, but tries to eradicate the root causes of health problems. Homeopathy can turn what looks like an unfortunate situation, such as the genital warts, into an opportunity to treat, which will bring about greater health and well-being on all levels.  By addressing health problems from the inside out, homeopathy call help protect future offspring from inheriting tendencies toward disease states. If you are suffering from an illness or symptom, which you feel is unfortunate, please think of homeopathy, and watch how it can be transformed into an opportunity for healing.