The Elements of Health 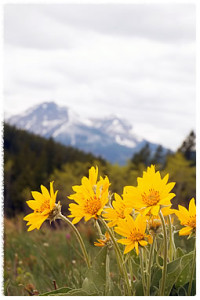 While watching the 2014 Winter Olympics in Sochi I got inspired to write an article about  the personality characteristics of people who need Arnica montana as a constitutional remedy. I learned about the personality characteristics of Arnica montana from Frans Kusse’s book called Homeopathic Types. I had never seen Arnica montana described the way he described it before. I and a lot of people owe him a debt of gratitude for bringing this information forward to the world, because it will enable many people to be healed who otherwise may not be.

You may wonder why the Winter Olympics prompted me to write about Arnica montana. The reason is that the Olympic athlete embodies the spirit of this remedy. The chief characteristics of this remedy are:

A beautiful example of this  desire or persona of invincibility, and the ability to conceal their vulnerability is when one of the competitors in the U.S. snow boarding team had an accident where he hit the edge of the wall on his back side. It looked like it must have been terribly painful, but when he was interviewed afterward he had a big smile on his face, and did not show any signs that he was injured. He looked absolutely invulnerable. 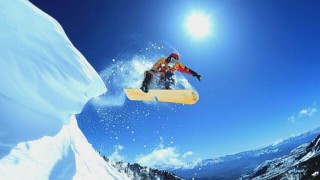 2)    Arnica montana people possess a tremendous amount of energy and self-confidence. I saw this displayed time and again during the Olympics. The relay races were a beautiful example of this energy, endurance and drive to come in first.

3)    A high sense of responsibility and an urge to fulfill their tasks is another Arnica montana trait. This quality was apparent at the Olympics when one of the bob sledding competitors injured her calf while practicing the day before, but it did not stop her. She competed the following day and won a medal with her team mate. This shows Arnica montana’s ability to push through despite injuries, and the ability to hide or overcome their injuries to fulfill the task they have set before themselves.

Another example is the ice skating champion who had won gold medals in previous Olympics, accumulating many injuries over the years. Yet he overcame all his physical obstacles, trained vigorously, and pushed through the pain to compete one more time and win gold.

4)    A desire to prove that they are strong is another characteristic of people who need Arnica montana constitutionally. In order to do this they need to have a challenge, and what bigger challenge can a person put before herself or himself than to win a medal at the Olympic games. The competition provides the arena to display their talents and strength.

5)    According to Frans Kusse, Arnica montana people can be compared to an impregnable fortress that is unapproachable. Underneath this need for impregnability is a fear of losing something of value, such as money or health. He says that Arnica montana people are closed, and do not like to answer questions about private matters. For this reason they can be reluctant to go to doctors who ask too many questions, but are okay with going to surgeons, who just act.

6)    Arnica montana is the first remedy that we think of for people who have been in an accident, and of course, the Olympics are a venue where accidents will happen. People who need Arnica montana are also attracted to activities where accidents are likely to occur, such as skiing, snow boarding, ice hockey, bob sledding, ice skating–all the Olympic winter sports. Arnica montana people can also be very frightened of accidents and can try hard to avoid them. It is the first remedy we think of for people who have never been well since an accident, such as a head injury, or car accident. 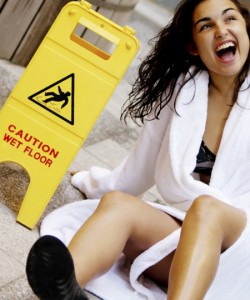 8)    There is a shadow side to Arnica montana’s invincible persona. According to Kusse the characteristics of this shadow side are:

A fear of being hurt. Their desire for invulnerability is their reaction to this fear.

A fear of losing something of value, such as their wealth or health.

An aversion to being consoled. They turn away the doctor or the ambulance at the site of an accident, saying they are just fine, because it is insupportable to them to admit that there is something wrong with them.

A fear of becoming dependent on someone else. They have to have their financial affairs in order so that they do not depend on others.

A need to show that they are strong to cover up the fact that they are fearful inside. Hence they desire a challenge where they can prove their strength.

Arnica montana case:  This is a man I first saw two years ago. This is how he described his chief complaint: “My chief complaint is exercise induced asthma.  It is most obvious and pronounced as I start to run, wherein it starts as chest pain and left shoulder pain almost immediately.  After 10-15 minutes of running, it subsides and I can run with ease.  Sometimes, like tonight, it’s so bad that I simply can’t run due to the pain.  Even going up 3 flights of stairs to my office triggers this, so that I reach my desk or am still on the stairs with pain.” 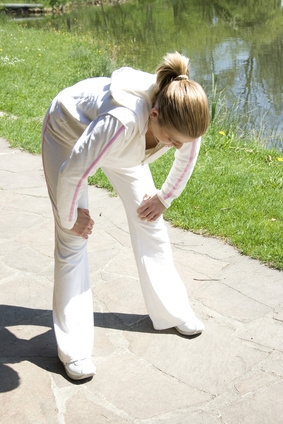 I had tried a number of remedies for this client, which gave partial relief. Only after I read Frans Kusse’s description of Arnica Montana in his book Homeopathic Types, and prescribed the remedy to him did he experience the healing he was seeking. This is what he said about the effect of Arnica montana on his health:

“On the 1st, I went for a trail run with my wife and I wanted to let you know the results.  I had been very absent from running prior to it and she chose what turned out to be a very demanding run of lots of up and down running in the hills.

Cutting right to the chase, there was not even a HINT of exercise induced asthma or the typical pains that I get.  Note that all the stressors were there:
–          I hadn’t run much at all and was not in running shape by any means
–          The morning was quite cold
–          The start was a lot of uphill right away and didn’t really let up much

So, given my long battle with this issue and also the one time where I felt we nailed this and then was disappointed again, I’m not getting my hopes too high.  But, just wanted to relay this news to you.  It was significant to me not only in terms of being able to run w/o any issues, but the seemingly COMPLETE lack of any issues.”

The main characteristics in this man’s case that prompted me to prescribe Arnica montana were that despite the pain, he would push through and continue to run. He put himself in challenging situations where he could be injured, such as mountain climbing.

I am very grateful to this man for not giving up on homeopathy when the remedies we tried earlier were not delivering. He stuck with homeopathy, persevered and got the prize of the healing he was seeking in the end. I saw him for a follow up appointment nine months after the Arnica 200C prescription, and he was doing very well. A year later he needed to follow Arnica 200C with Rhus toxicodendron to help complete the healing of a thumb and knee injury.

Please do not forget homeopathy to expedite the healing from traumatic injuries.

Dear Friends,
I appreciate your visiting my website and reading my articles and taking the time to write your comments. I welcome your comments and will post them if it looks like what you have to say will be helpful to others. I may not write a comment back, but will let the article itself present my point of view.

I am no longer responding to people’s questions regarding personal health matters on my blog, because it becomes stressful for me due to the volume of such questions that I get.

Also there is no way I can actually answer these questions properly without familiarizing myself with the person’s  health.

For anyone who is interested in working with me, please complete the appropriate questionnaire and send it to me. This way I will know that you are ready to move forward with a consultation.

I wish you the best of health.

Peace be with you,